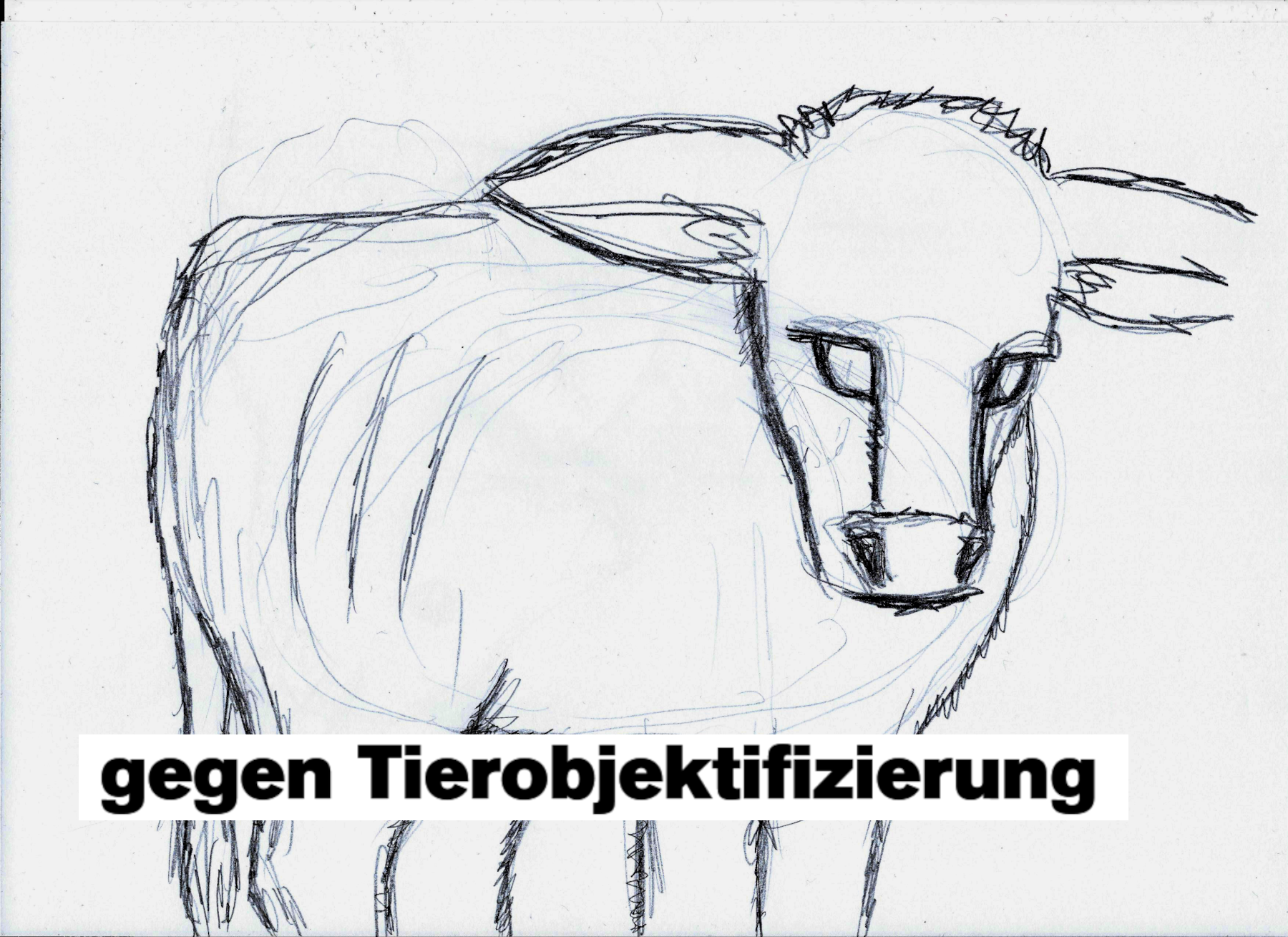 Why we step back from the Speciesism/Antispeciesism paradigm and focus on levels of Animal Objectification instead, which we think reaches deeper in the perspectivical-based ethical problem that we are dealing with in the Animal Rights / Human Rights interfaces:

On which levels and layers do these angles operate:

Speciesism / Antispeciesism – operates on what at some point in history became the focal point of biological markers (the level of, for instance, morphology and phylogenetics, taxonomy). We have to look at how we understand the term “species” to operate this lense in Animal Rights sensibly.

From the angle deriving from “species” we can see how human society shaped and applied this very notion – legally, politically, culturally, etc.

Opposing Animal Objectification – assumes “animality” as a consciously “external” and lesser integrity-breaching, descriptive (aiming to be non-definitory) term, which creates more openness to an emancipatory language.

The angle of an opposition to “Animal Objectification” declinates cultural institutionalized and ritualized forms in which “animals” are being objectified on the descriptive and definitory level. It tries to be less presupposing in a burdensome manner. – gruppe messel 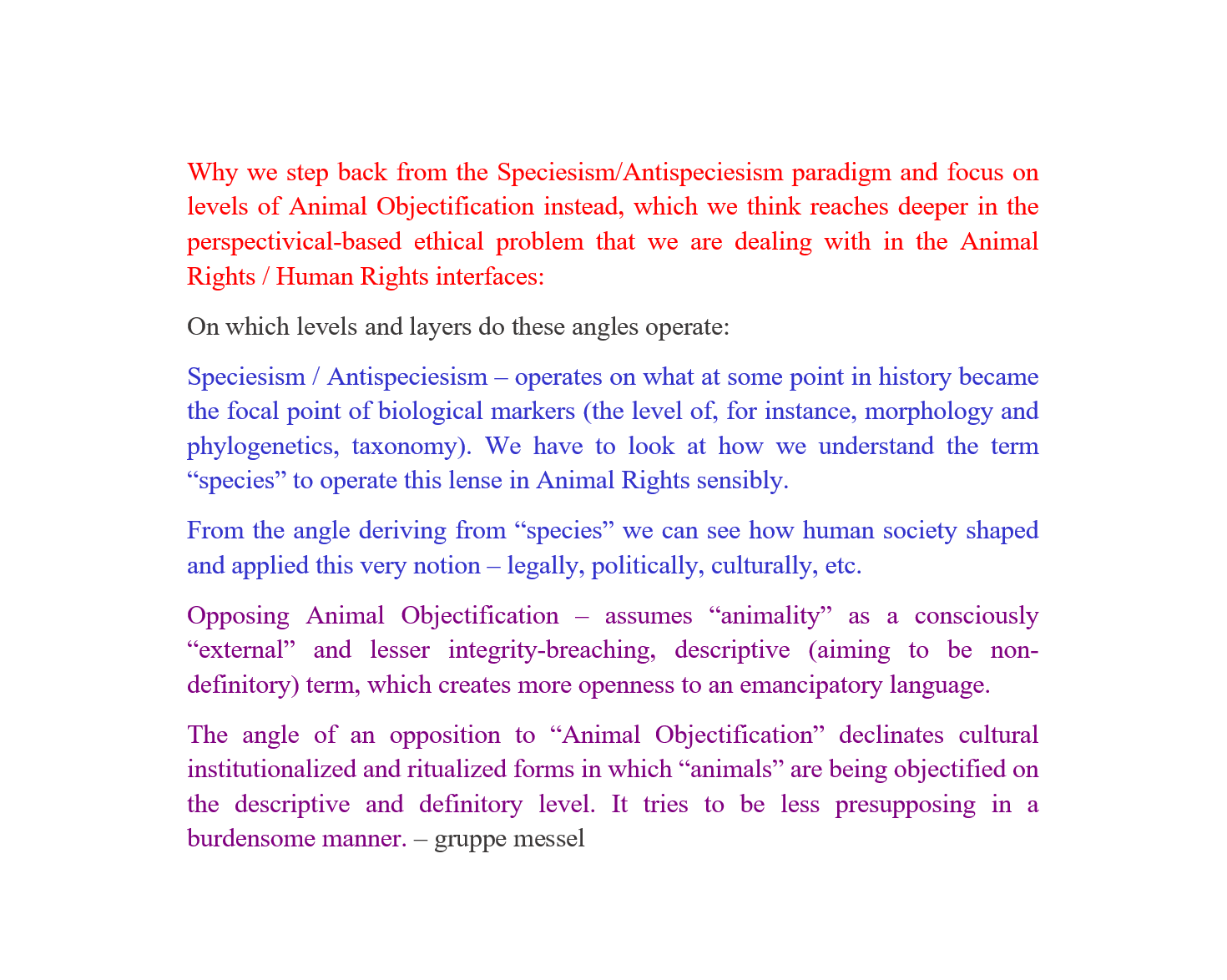